Help Me Out Here, Guys.

It's one of the most tedious, boring, terrible, stressful things you'll ever do. It ranks right up there with changing jobs, death, and divorce. Yet according to the US Census Bureau, most of us will do it 11-12 times in our lifetime.

Why??? Why would any of us do this more than three times?? Eleven to 12 times? That's ridiculous, guys!

Anyways, I'm going to move for the 3rd time this weekend. We'll be moving everything into the storage unit, and then my bedroom stuff will go back to my parent's house. And to think that I'll be doing this yet again soon-ish just makes me want to tear my hair out. But, on the plus side, mostly everything will be packed still, so there's that.

Aaron and I looked at a couple of places this morning; they were alright. One was well within his price range ($750/month including the extra amount for the cats), but was dingy, dirty, and generally gross. There was a door that had been punched clear through (I totally failed and took no pictures whatsoever), and the walls just looked like someone had rubbed a graphite pencil over them for color.

The other place was nicer, but really strange. It was separated weirdly on the main floor, had really high ceilings, and was huge. 2000 square feet of townhouse, complete with jacuzzi tub, wood-burning fireplace, essentially two dining spaces, and a double vanity.

And a sink in the living room/hallway area... and really short scary railings along the side of the stairs (so if you leaned too far to the left with say, a mattress or something, you'd go toppling over it and down into the living room way below).

So today may have been a bust, I'm not sure yet. Either way I have to move all of my crap stuff into my parent's house. So the hunt is still on, but it does seem we're getting closer. We'll see! 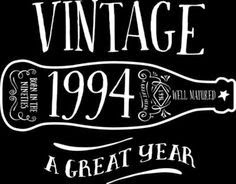 On another note..... It's almost my 21st birthday and I had totally forgotten this little detail until today. I've been so busy with everything else that I didn't realize that it was coming up so soon. So, I have no plans, whatsoever. I have a few ideas, but nothing solid at all. So if you guys have any suggestions (other than the obvious "drink alcohol"... I mean that's a given to some extent) for this old, lame lady who doesn't really care for the idea of getting drunk or spending a lot of money for her birthday..... HELP A SISTER OUT.

Leave a comment below (or on the Facebook post if that's how you read this) with some ideas for me. I love The Lion King (yes, I'm eternally 6 years old). I also would like a classy party if I could figure one out. Oh, and have I mentioned that I have only like 2 long standing girl friends on the planet (so a righteous girls' night out isn't really an option either)?

Help me out here, guys. Plan me a party via the interwebs and hook me up. Thanks :)