Last week, Hannah and I went to Ikea. I came home with way too many goodies..... 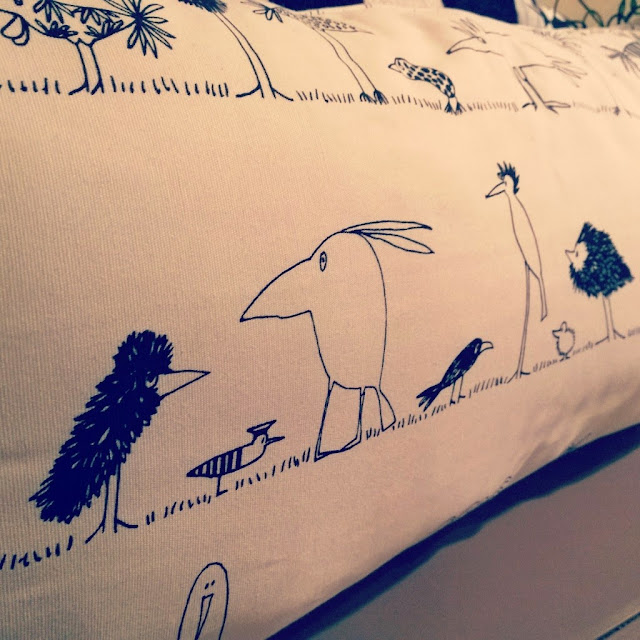 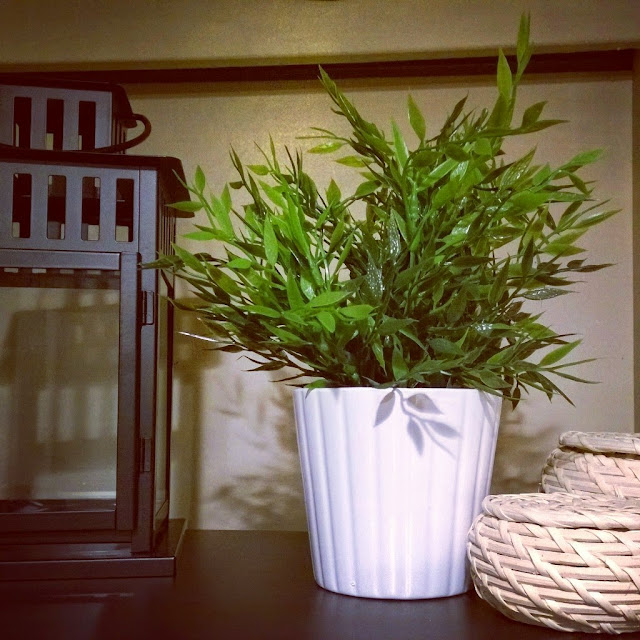 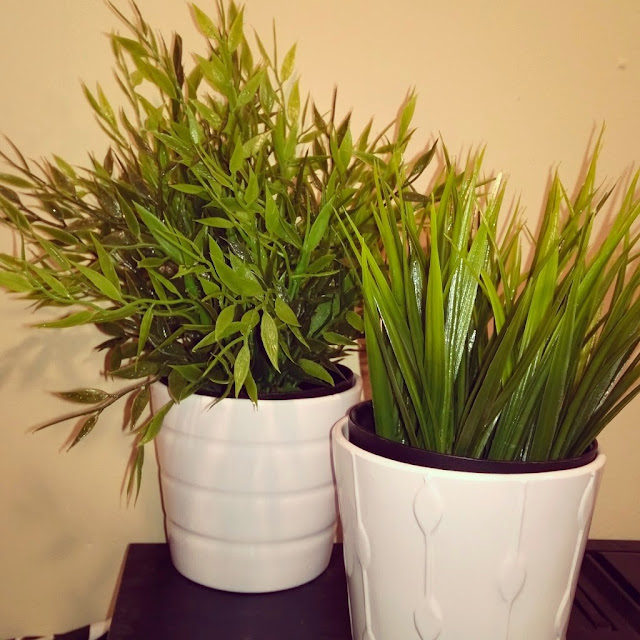 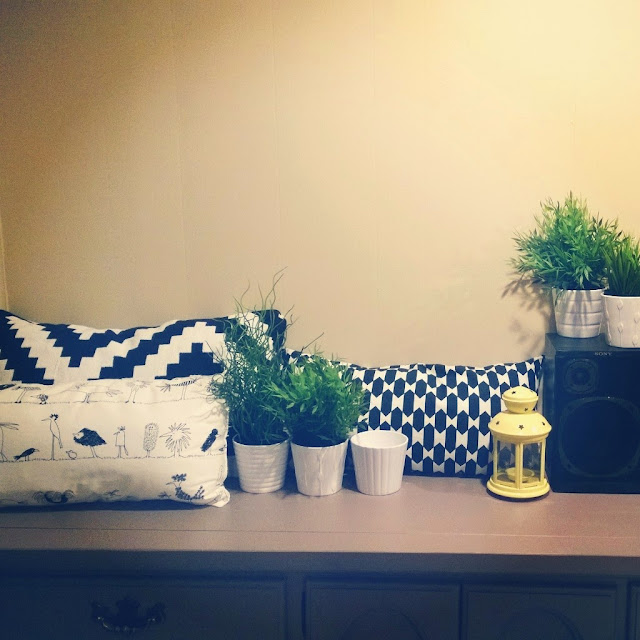 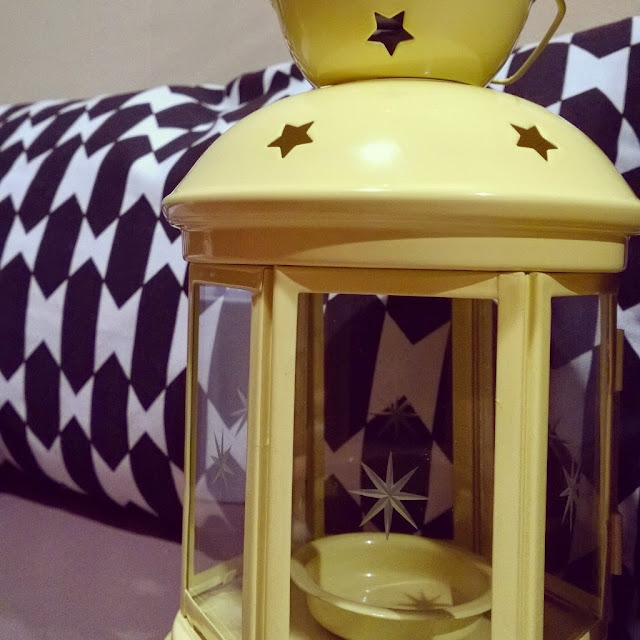 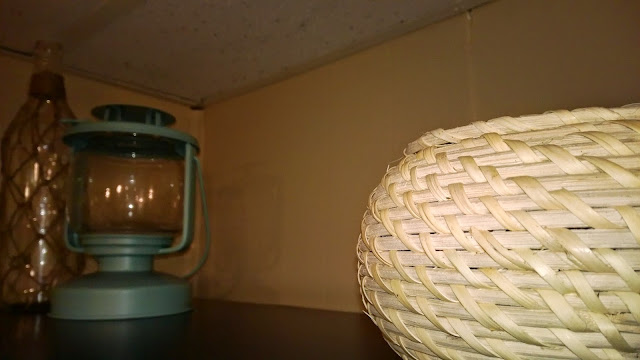 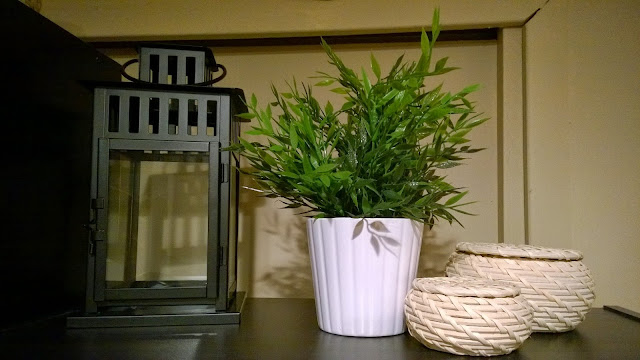 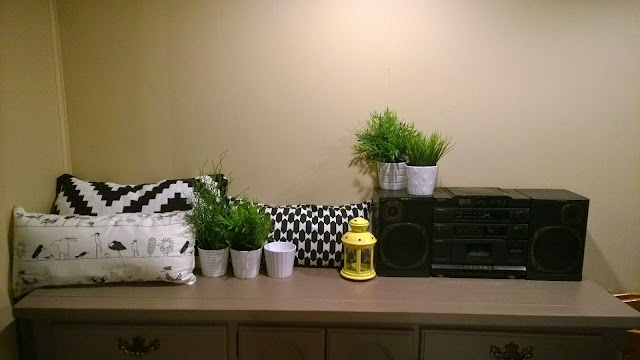 This is only the stuff that's in the basement... I also have the rugs laid out in the basement, and some pieces in the living room. But perhaps the most important purchase made was a group of white Ribba picture frames. Now, if you were to ask Aaron, this was the worst purchase, because I have about one hundred picture frames in the house without any actual pictures in them. But I had a plan for these, and I actually made it happen.

We have a wall in our bedroom that needed some TLC. The space above our dresser was bare, and while we had originally planned to put a TV in the bedroom, there really isn't a need for one up there, as opposed to the rec room downstairs. I had decided to do a gallery wall in the space with the Ikea frames so that it didn't take away from the space and make the room look smaller, but instead fill a large space with pops of color.

Here's the before and after shots: 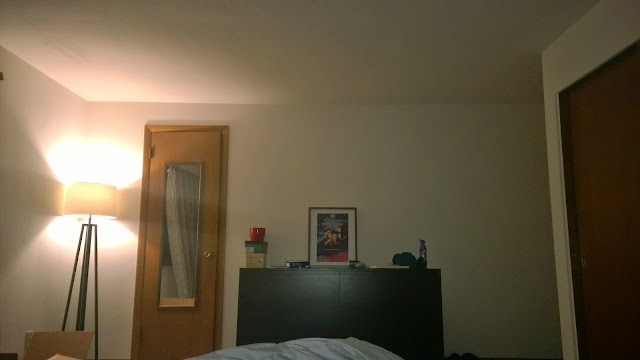 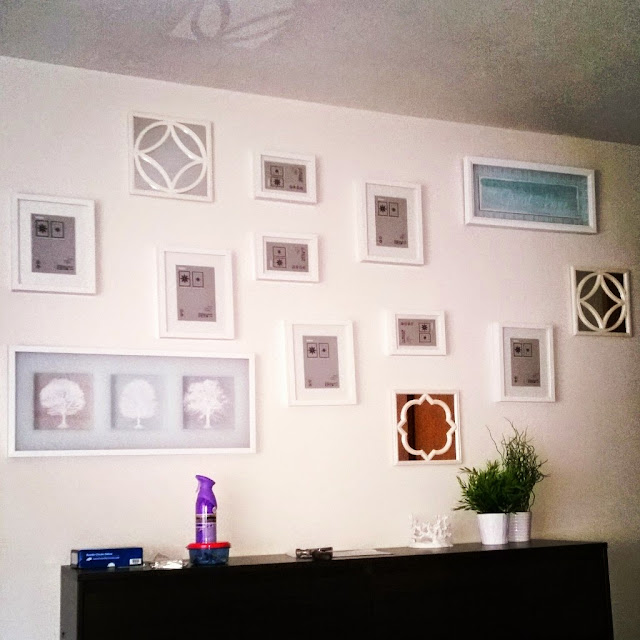 So much better now, right? I've since put some Pinterest printables in the frames, so it looks a lot more put together than just having the default papers from the store. The room feels a little more finished, bright, and cheery.

After I finished this project, I remembered another long forgotten Ikea piece from my childhood. I used to have a drawer set on my bedroom wall (I'm not sure that they sell it anymore) at my parents' house. For whatever reason, we had decided to paint it brown and pink back in the day.... not pretty... 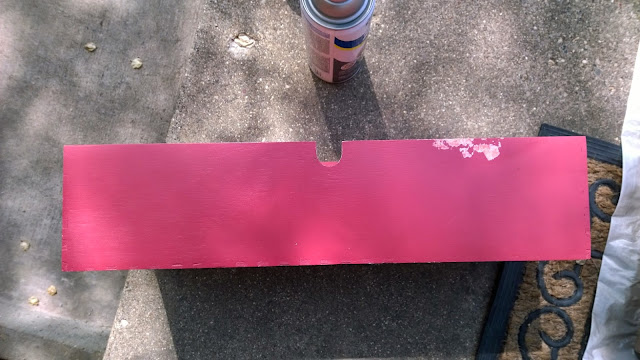 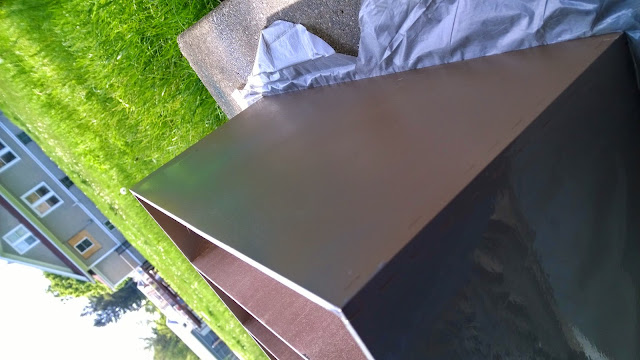 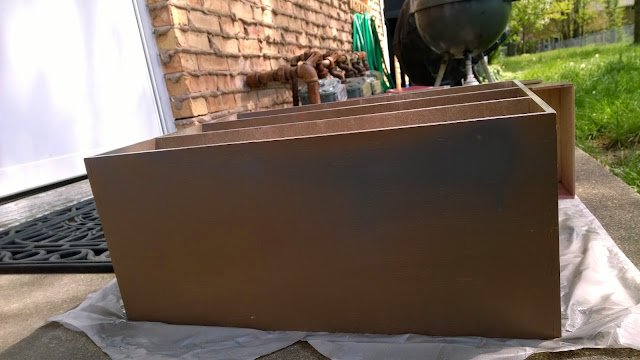 This thing needed some help. So outside on a garbage bag it went to get a makeover. Initially, I thought I'd just repaint the piece with my trusty grey spray paint. 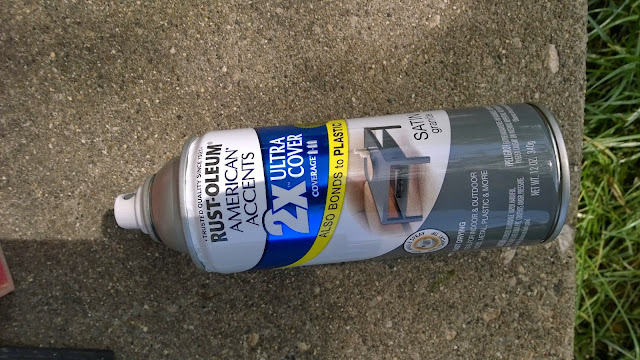 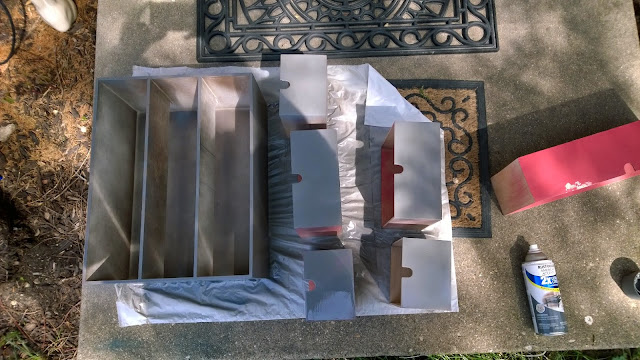 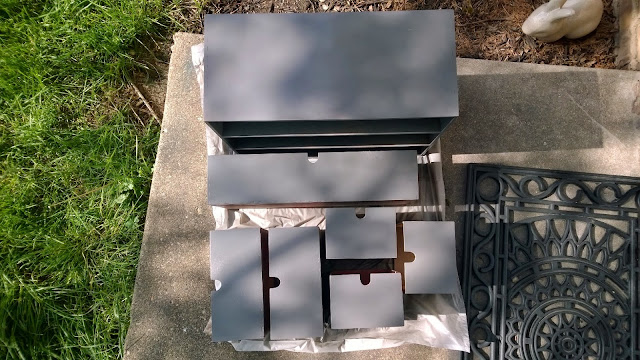 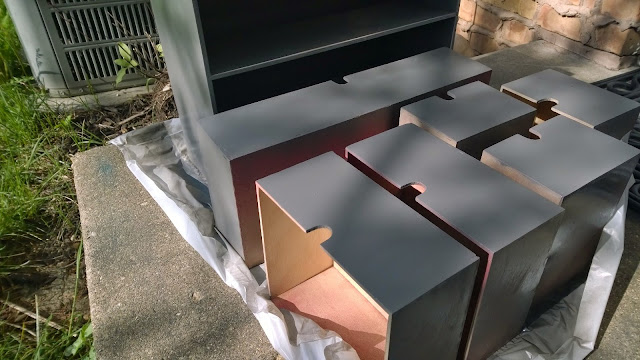 Very quickly after I finished putting the final coat of grey on this set, I knew I would grow bored of the color very quickly. I simply decided to paint the outer portion black and go for a two tone look. Turned out pretty well, though I do need to touch up some spots. This will be great for the office for some small storage on my desk or shelves. 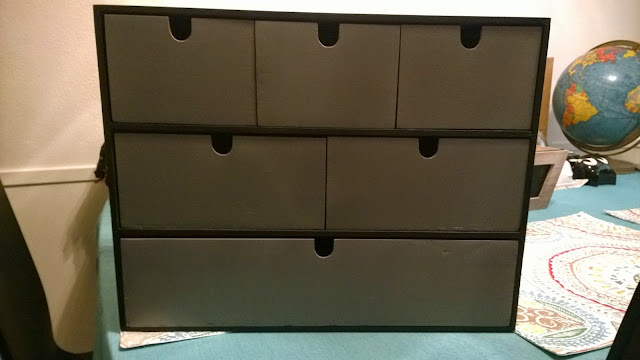 I'm also working on another piece for the office (more on that later), but that is taking more time than I had this week. Nothing too fancy, but it will add some much needed storage for under the desk.

Until then, see you later peeps!