This post is in no way sponsored by Bed Bath & Beyond or Walmart. All product links included are for your use if you would like to purchase the same items I purchased for this room.

When we first moved in, the bathroom was the last room I thought to do anything with, even though it's one of the main rooms our visitors have access to, and see on a regular basis.

Despite this oversight, I did have some decorations in there, and I did make an effort to put a shelf above the toilet for extra open storage for toilet paper (who else hates when you're visiting someone and you run out of t.p. and have no idea where the extra is stashed? Pure crisis mode material there).

We also randomly shoved the hobby cabinet in the space between the door and vanity, which originally was a temporary fix, but is now a vital part of the room. More counter space, more storage...can't beat that!

However, speaking of which, I never really finished that project, so it's still super plain, and it needs a new coat of paint or two after moving and getting scraped up, but that'll be for another post...??

Anyways, the bathroom still didn't really pop in any way, nor did it mesh with the rest of the house. It needed some love. So off I went to the Bed Bath & Beyond website, and got some updated pieces. 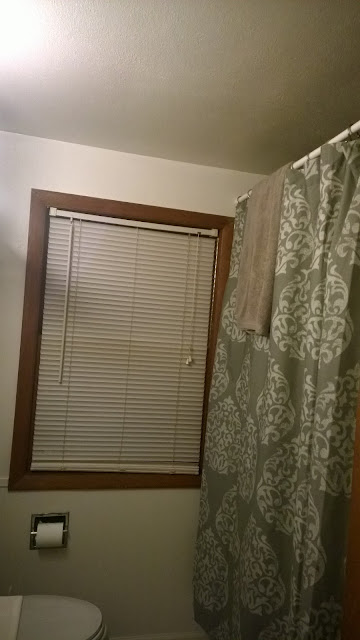 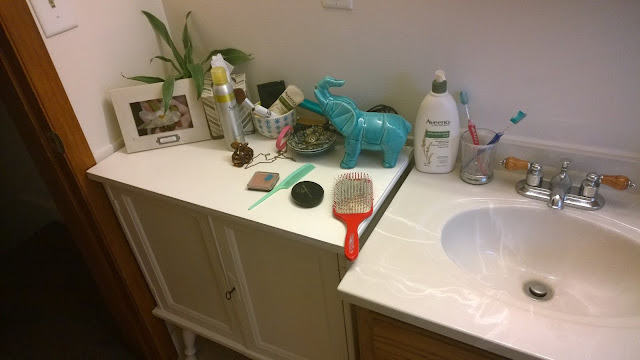 I bought new shower curtain hooks. as the ones I had originally owned constantly allowed the curtain to pop right off of the hook. Plus, these were just too cute. 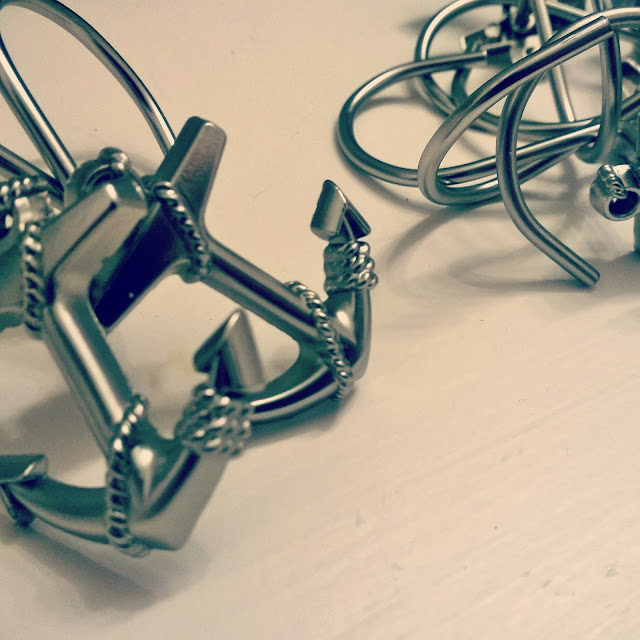 I also bought a new shower curtain that I had fallen in love with. It perfectly complements a poster I have (yet to hang) in our bedroom, and would allow lots of light through. 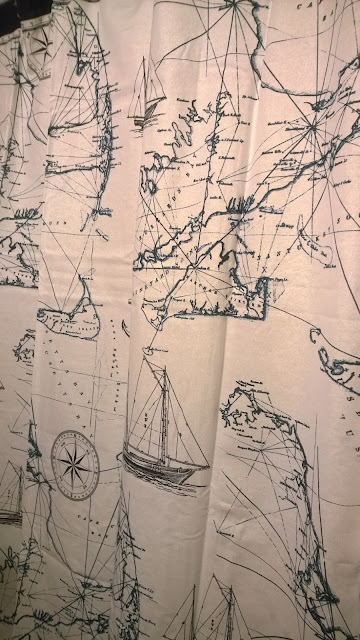 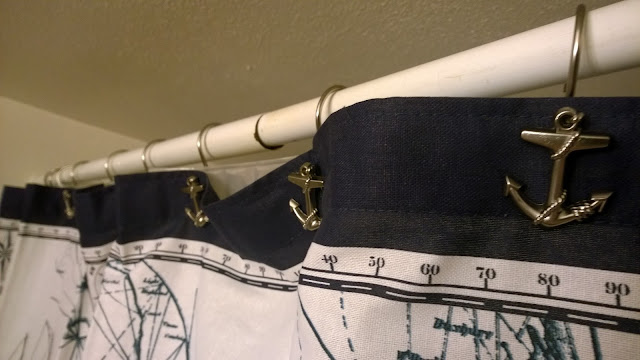 Also, as much as I have never understood the point in tissue box covers (they're massive, and usually hideous), I broke down and bought this one, because it was simple, clean, and matched color and theme wise. Judge me all you want, I don't care. 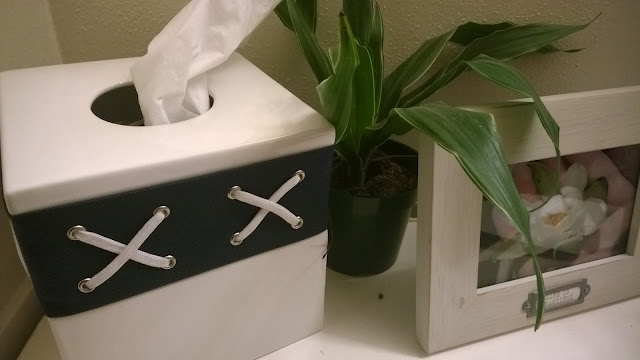 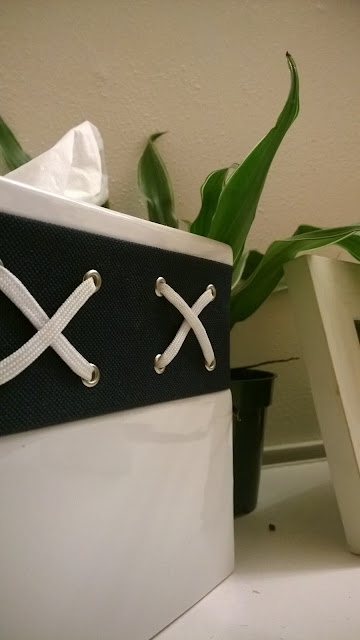 Then, I headed over to the Walmart site to see if they had anything that I could potentially use for the walls. Don't get me wrong, I adore my ginko leaves, but I already have an idea of where to hang them up so they aren't entirely neglected. They just weren't going to mesh with the room.

I ended up finding a punny plaque ("poop deck" guys, I mean c'MON!), along with a silver plaque with my favorite word (wench[es]), and one that simply stated "ship happens." In the cart they went. 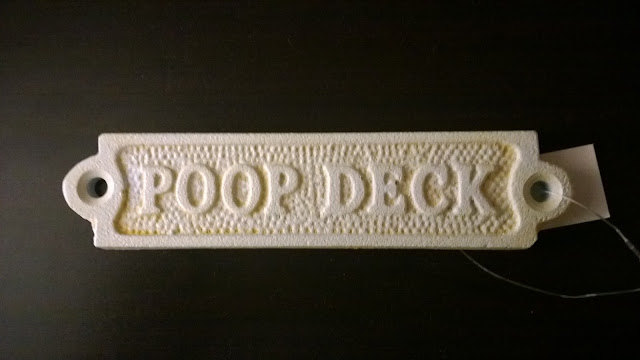 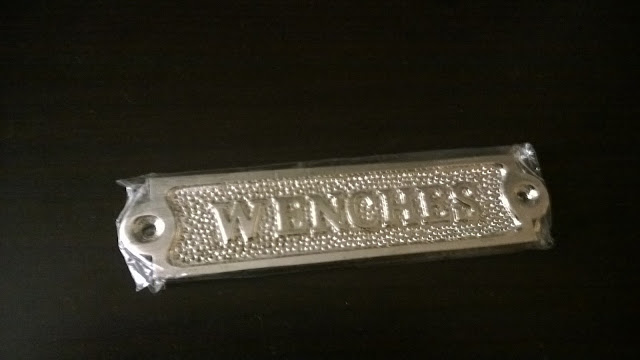 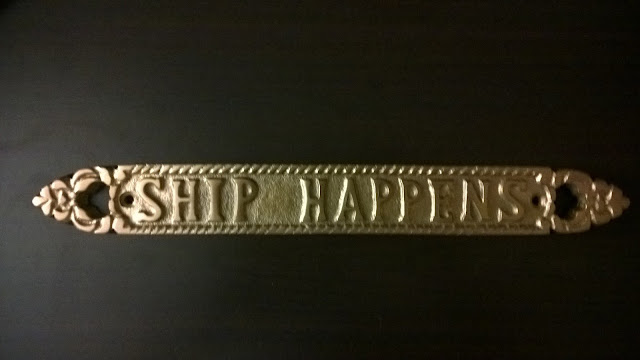 I also purchased this oar, which comes with three hooks that can be used for towels, jewelry, hair ties, or whatever else you'd hang in a bathroom. And it's precious, so even without the hooks, it's a keeper. 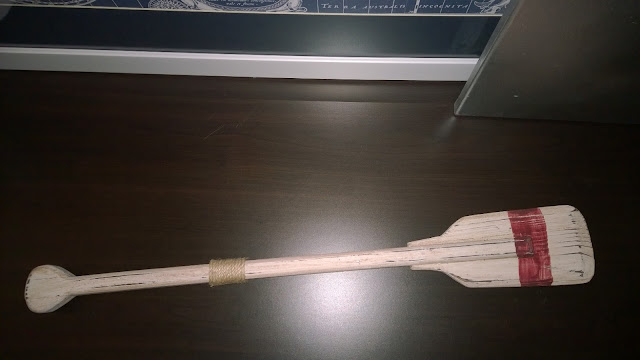 I have not yet decided how I'm going to arrange the wall, as I do have other elements that could work with these things, or even in place of these things (there is always room for revision).

Either way, stay tuned for the full reveal later this week, and check out how it all falls together! 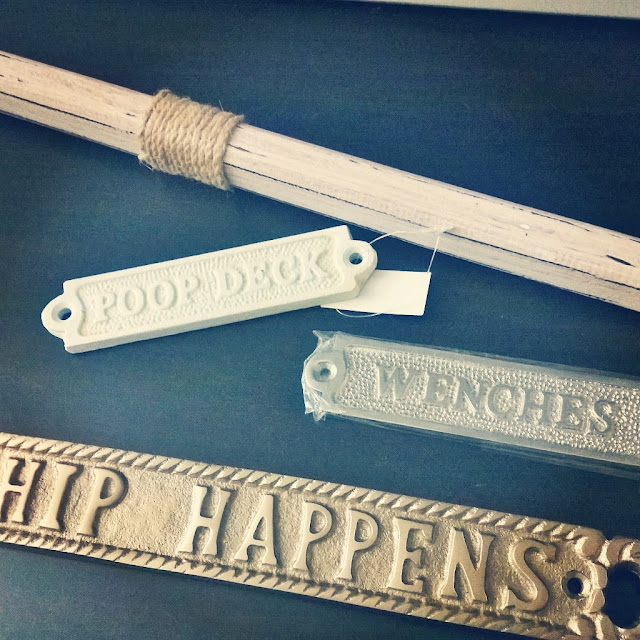