Remember the TV tray paint crisis? Well, I finally was able to make up my mind, and come up with a (sort of) plan.

I settled on a navy that would look great with a multitude of colors stenciled or painted over top. And it didn't take away from the woodgrain at all, so that was an extra plus! 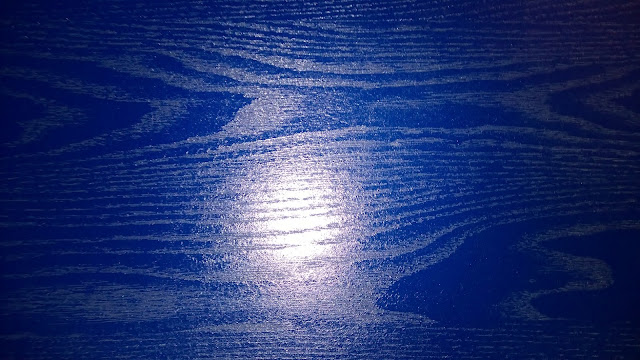 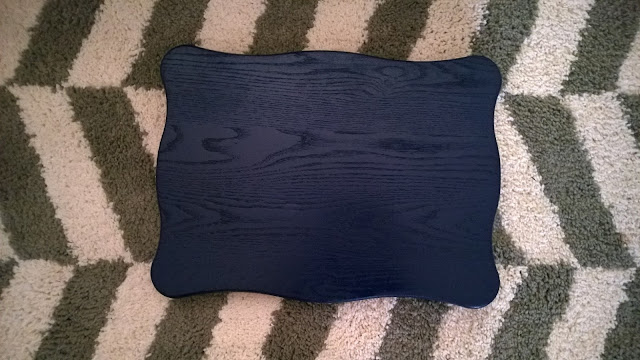 I also debated on using these stencils for some simple designs on the top. I really like the rope styled stencils, and the flags. I could use several colors for the flags, and use the rope designs along the edges on other trays.. I have a ton of clear polyurethane to use to protect the top, as well, so the designs would hopefully last for a long time.

I had also thought about creating my own stencils, or using some typography over the top. I decided against that idea (at least for this tray) as I had no idea how I would stencil that- there's no way I'd be able to free hand typography without some kind of paint pen.

After one mess up with the rope (it went way crooked)... 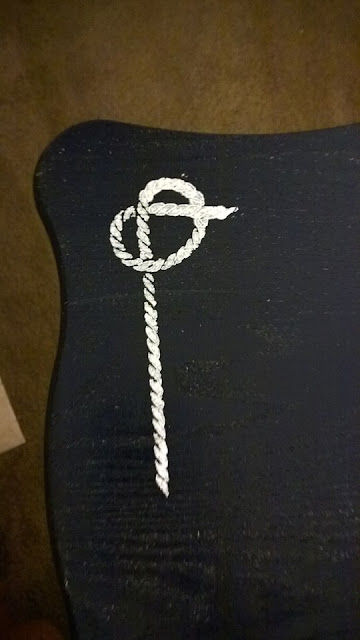 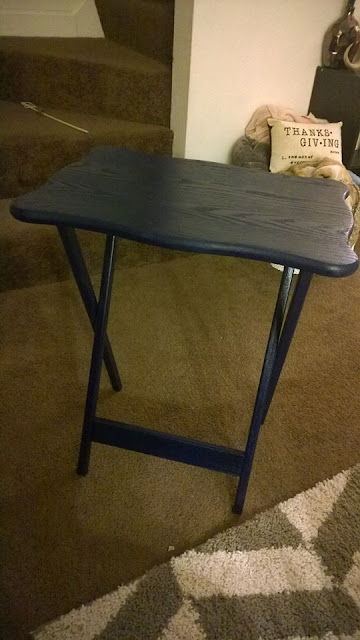 ...a different stencil, and an hour or so to dry, I had this guy: 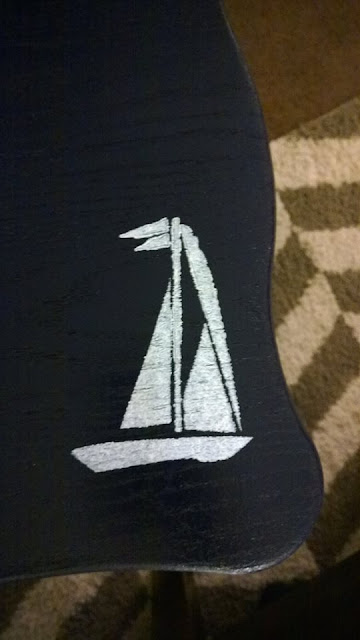 Next on the to-do list for these was to clean up the metal pieces, and make sure that they slid a little bit better without screeching like wild banshees. I simply cleaned the metal with a scrubby sponge and some 409, and then reassembled each piece to the legs and tabletops. If they start to screech at all, I have some WD40 to shut them up.

Overall, I think this tray turned out fairly cute! The unique shape gives it a little bit of interest, it's nice and sturdy, and now if it's left out after being used, it won't be such an eyesore. Now that's a win in my book!

Now I just have to figure out what the rest of them should look like.... oh boy.
Labels: Projects Upcycle