I don't know why, but lately I've been on a major chair kick. Rocking chairs, dining chairs, accent chairs, side chairs, just...chairs. There have been some failed projects, some trashed projects, and some half started projects, but somehow, they've all involved chairs.

So here are the chairs I've been working on lately, and the current state of them, finished or not. I will be adding pictures soon for those that do not have any! 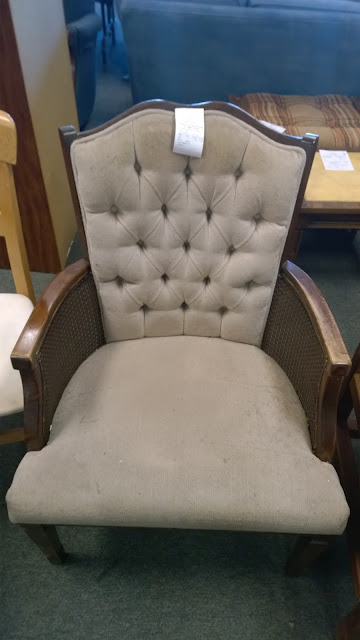 This chair was tufted and crusty when I first got it. The plan is to make it a simple french chair (no tufting) with a light grey fabric & a clean white frame. I did a hand painted layer, but after using the Wagner with white paint, I think I'd rather finish this up by spraying, as the caning has far too many nooks and crannies for the brushes to get into. 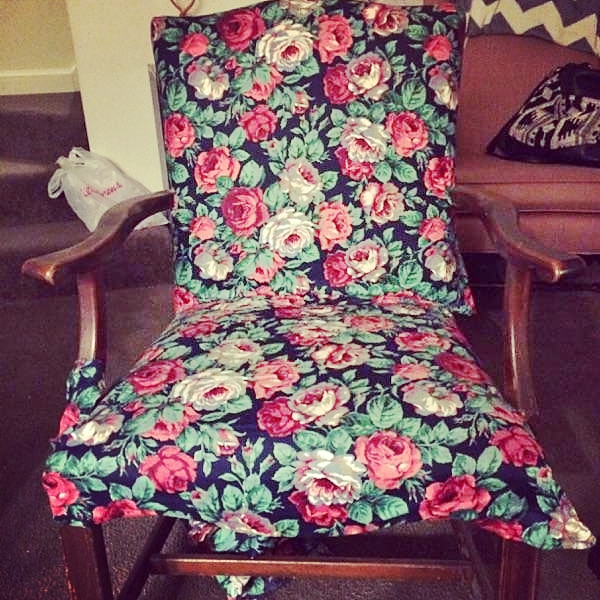 This chair was a charity case (no pun intended). It had been sitting in our local Salvation Army for close to 6 months, and I couldn't take it anymore. I bought it for a whopping $2, and hoped to make it into something better. But it just got worse as I peeled back the floral fabric (to reveal this awful dandelion yellow vinyl), and the wood was bleeding through the paint a bit too much for me to care to finish it. 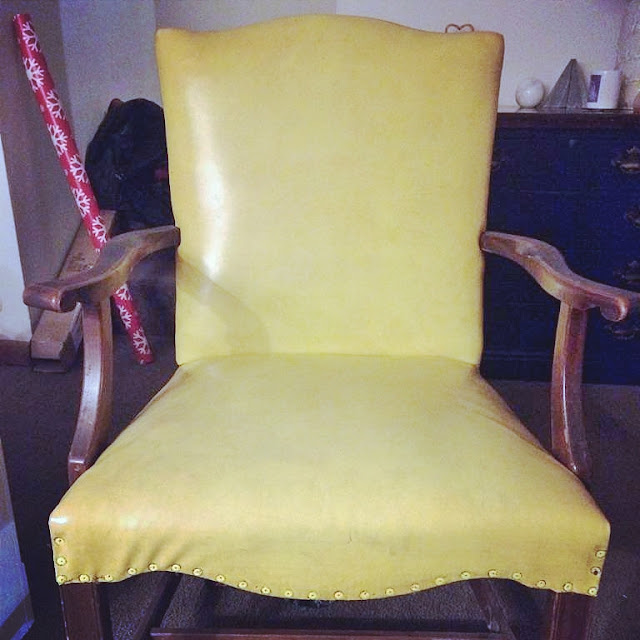 This is its new home: 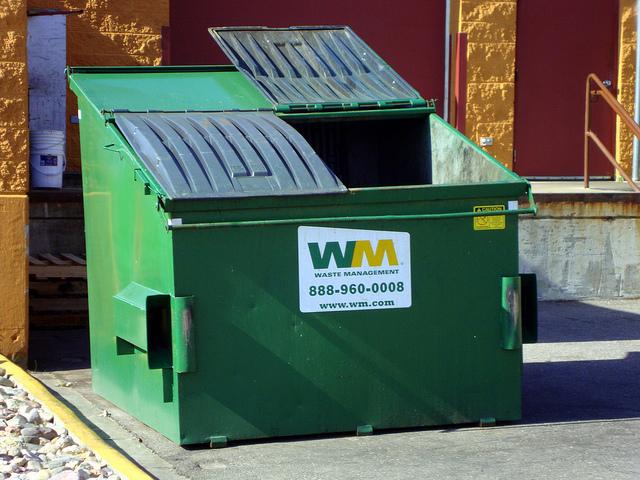 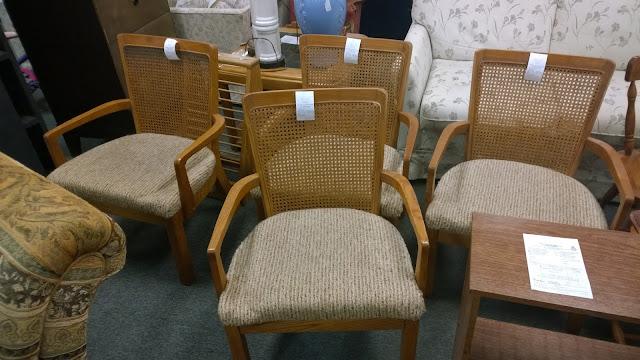 These guys are currently waiting for a new home, and are available for customization in our shop. If no one customizes them for a while, I might put my spin on them & see if anyone likes them. A lot of people have a hard time visualizing what pieces can look like re-vamped, so they sit for a little while longer than anticipated.


Cane back accent chair (failed- scheduled for a redo) 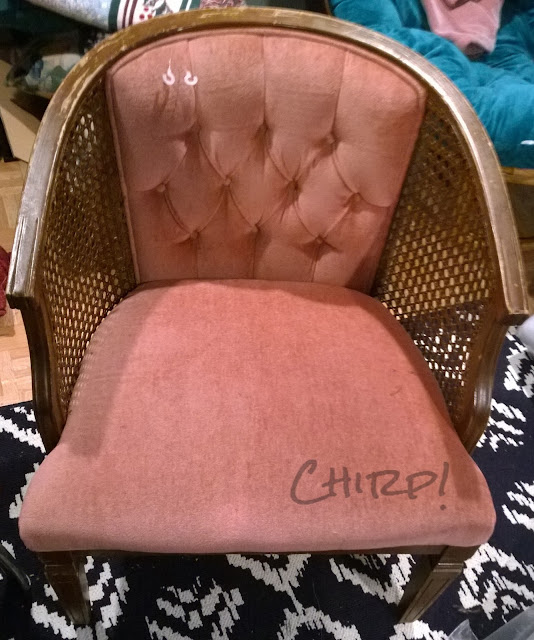 This chair looked really nice when it was finished! ......For about 30 minutes, until Aaron and the cats sat in it & took the backing right off from where I had fought with it for hours getting it on. So it's getting re-done in neutral colors & less pattern to match the room I've been working on. 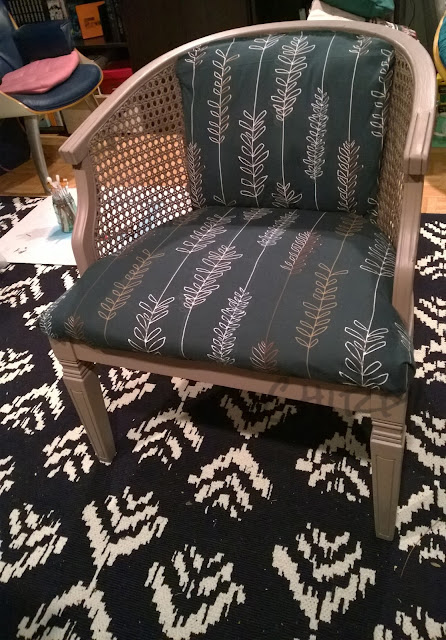 Plus, now that I know better from fighting with it the first time, I can make sure that the fabric is secured at the top first, and the bottom last. It won't just rip right off this time.

Cane back barrel chair (scheduled for a redo) 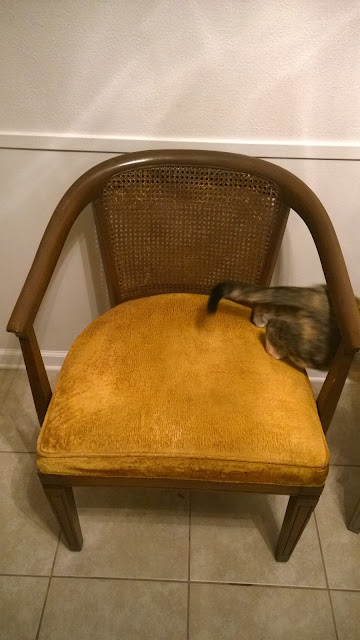 Another chair that I really enjoyed when I first finished it, but I'd like it to match its failed friend above, so it'll be re-done in the same neutral tones as the other barrel back to make sure the room is cohesive. 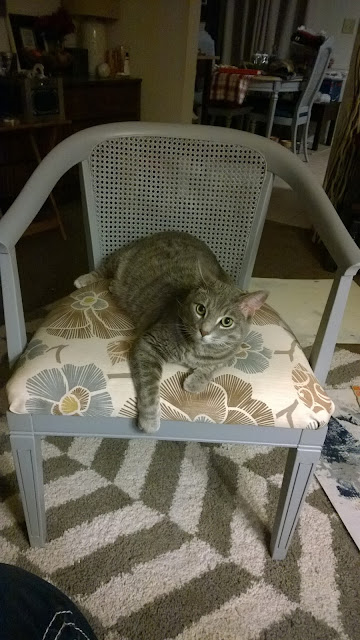 After searching for several months for the perfect set of two dining chairs, I finally found some that will look fabulous with the breakfast table I finished earlier this year. I don't plan on us keeping this set at all, but I also have no idea what to sell it for, so we'll see what happens!

These chairs are made by Drexel, the same company that built our dining set, and the table is Ethan Allen. Both very high quality brands, so these will be able to last in someone's house for a very long time! 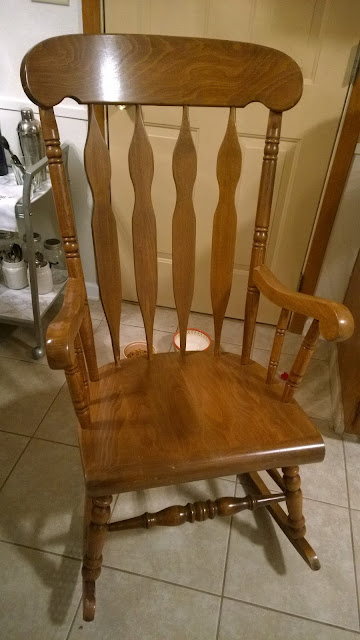 I kind of went on a rocking chair binge for a while with no good reason whatsoever. No one is demanding I do these to sell (I haven't sold one yet), but I genuinely enjoyed doing this one, so of course, I went and picked up more. 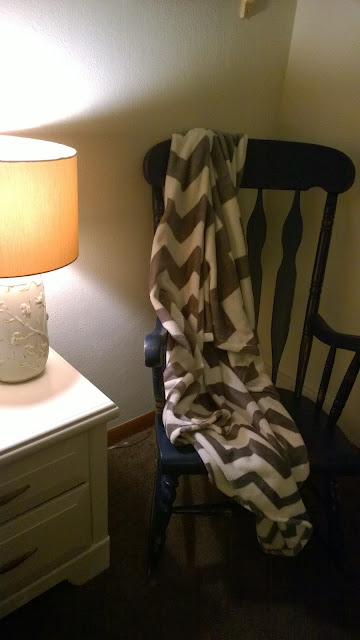 This one is super sturdy, and I decided to go with the navy I've been using lately with some distressed spots to show the wood underneath. If no one buys this one though, I'll probably end up re-painting it at some point  keeping it for myself. 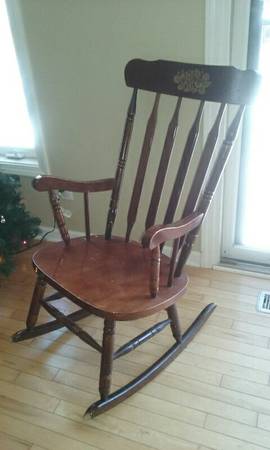 This one I have not even started. I liked the dainty feel of this chair, so I wanted a light and airy color to go with it. I plan on doing this in a pale grey with some simple traditional style stencils on the headboard to give it some cutesy "oomph." I especially enjoy the bee design, as shown on the pillow below. 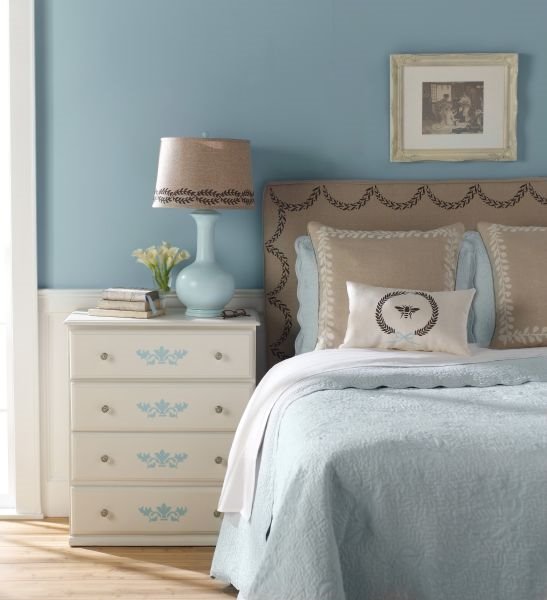 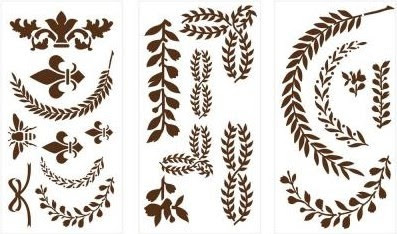 It'll be adorable for a nursery for someone, and the gender neutral color will fit any mother's needs. I plan on having a matching dresser to go with this in case someone does come along looking for some nursery furniture. 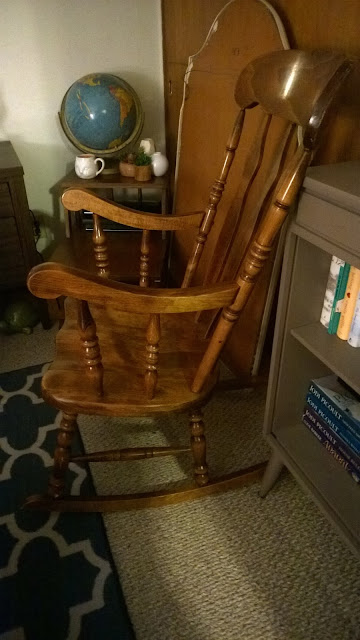 I literally have zero ideas as to what I want to do with this one. It's almost exactly the same rocker as the first one, but the handles are a bit different. I have this one available for customization in the shop (30% off through the month of February), but if it doesn't sell by then, I may end up donating it or finding a use for its parts.

This thing has been "in progress" for far too long. I can't figure out how to do the seat cushion, as my original plan very quickly fell apart. I really don't want to have to make a cushion from scratch, but I may have to. Either way, this rocker is pretty sturdy, and has gorgeous lines, so I'm trying to figure out a way not to part with it- we'll see what happens there as well.

There's still a lot up in the air for some of these, but I'll figure it out.

In other news, keep on the lookout for a room reveal later this week! It's going to be awesome! Here's a sneak peek of what I'm working with: 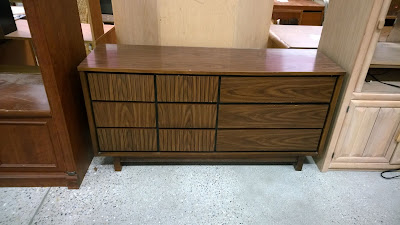 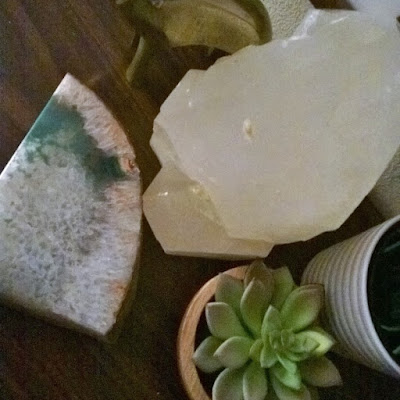 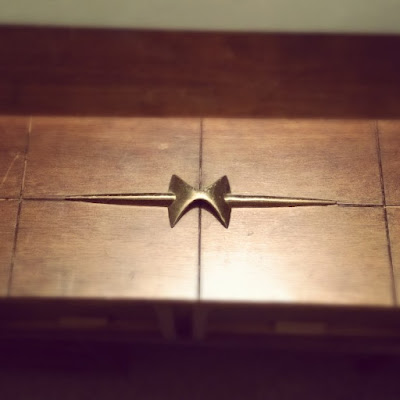 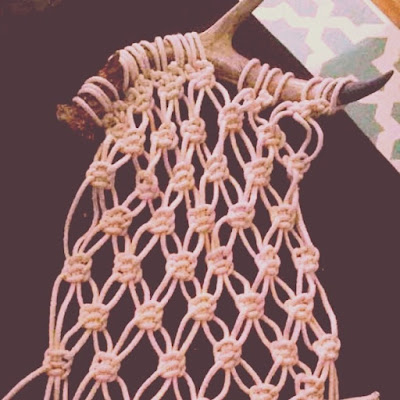 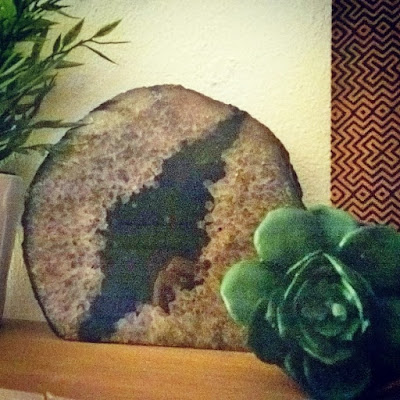