One element of the basement study is going to be oddities & other elements of nature. I have a surprisingly large collection of bones and things that can contribute to this including the following:

I would like to have an "oddities" wall above the settee, next to the curio cabinet if at all possible, consisting of these elements. 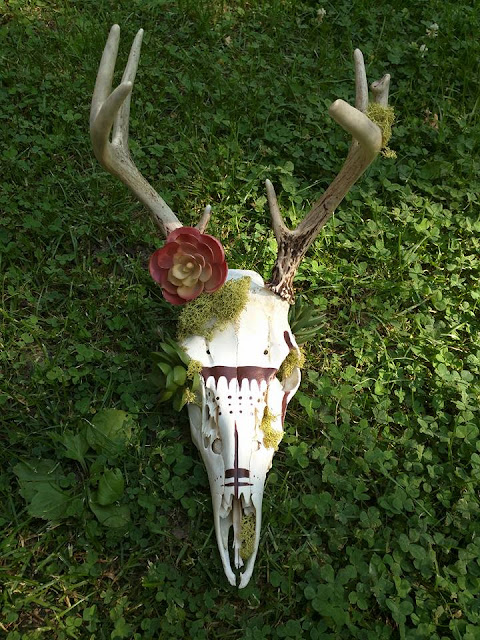 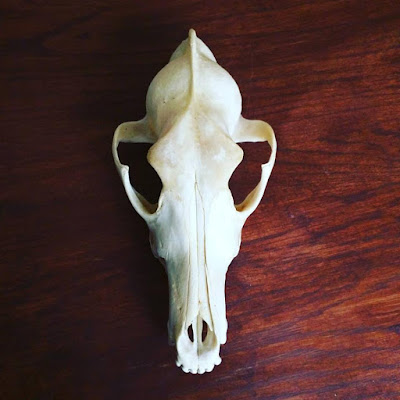 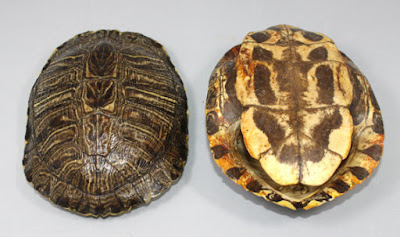 I was thinking about having several of the coyote skulls surrounding the deer, with the turtle shell at the base, like so (my doodling skills are very much sub-par here): 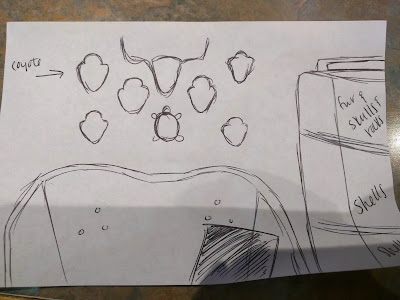 The remaining two coyotes would be in the curio cabinet with the shell & rock collection I have going.

That leaves these guys to find a place: 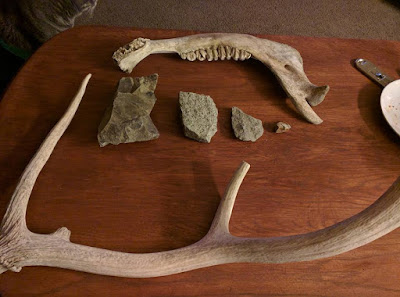 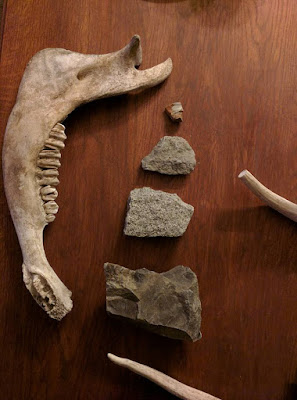 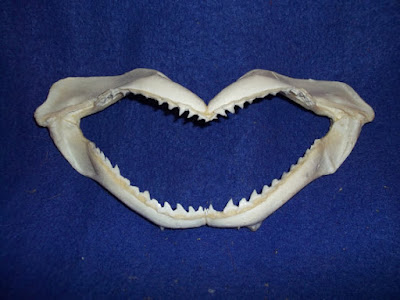 I think I'll have the shark jaw hung in the bathroom somehow (still trying to figure out how to hang that so it looks as if it's floating on the wall).

The bison jaw and elk antler collection I'd like to keep in the same room, as they're all from a trip my dad took out to Yellowstone. The antler is currently in the process of possibly becoming a tapestry type deal with feathers & arrowheads. I think I'm going to simply lean the jaw bone on one of my picture ledges.

I've been collecting rocks from any park adventures I've been taking, and intend on labeling them the way we do here at the museum, only using white out and a thin Sharpie marker. That way I can keep track of where/when I got them.

If anyone has ideas on how to hang those shark jaws, let me know! The curve of the hinges really limit my options, unfortunately.

See you soon (with updates on the settee struggle)! 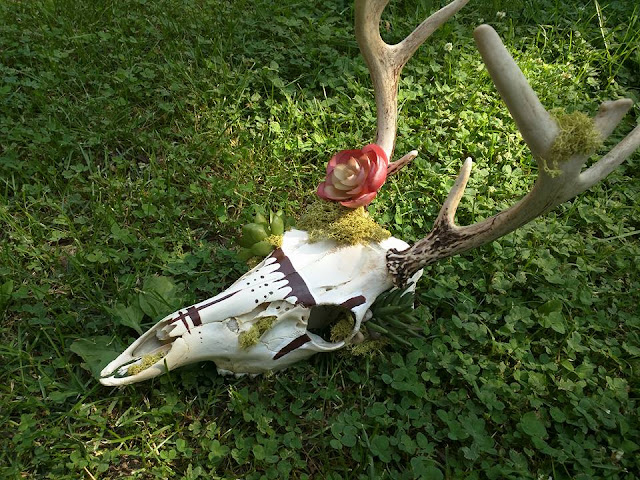