It's been a busy week, but I'm getting a lot done around the house.

I found the hardware for my Ikea shelving units (yay!) and set those up. Still working on the disaster zone that they're in, but it's definitely a step in the right direction! 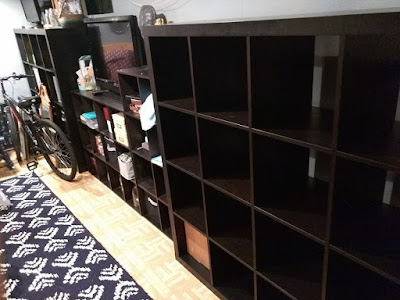 I also decided to get rid of our Thomasville from the living room. While I love the beast, Aaron abhors it, & neither of us ever want to move it again due to how heavy it is. Excuse the mess of Halloween decorations thrown on there, I was in the middle of de-decorating when I decided to post it to Craigslist, & really didn't care what it looked like. 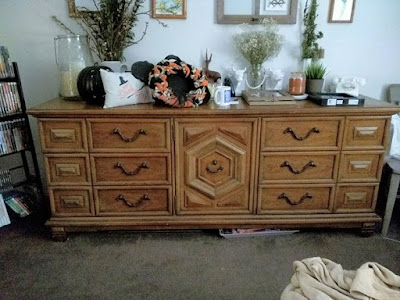 However, it did serve a lot of functional storage for our rarely used dishes & cookware, along with some electronic whatzits & some kitchen towels. I'd need a replacement that would be able to store what we needed, but no more. 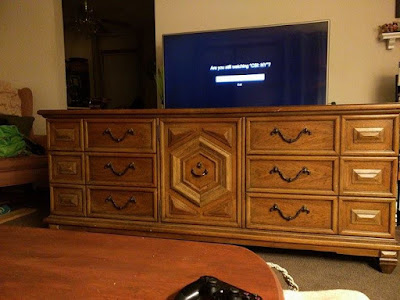 The problem with the Thomasville is just that it's too big; too big to move, too big to store, and too big amount of storage, allowing the extra space to become junk drawers galore.

I did score a fantastic bedroom set from Craigslist, complete with bed frame, lowboy (with mirror), and tall boy dresser. The seller does professional clean-outs, and had some back story on the pieces, which is always interesting to me. The set belonged to a Vietnam veteran, who happened to be a paper hoarder. 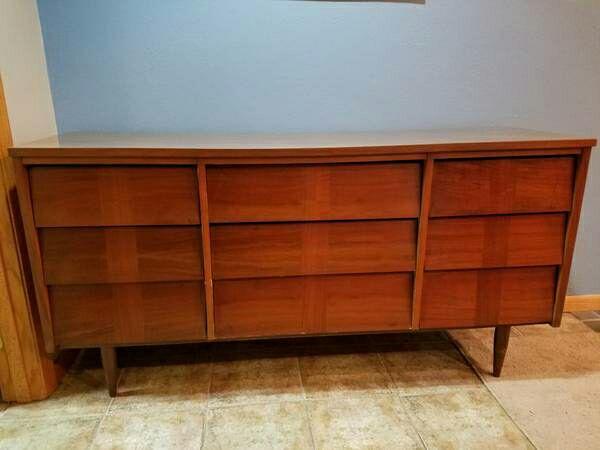 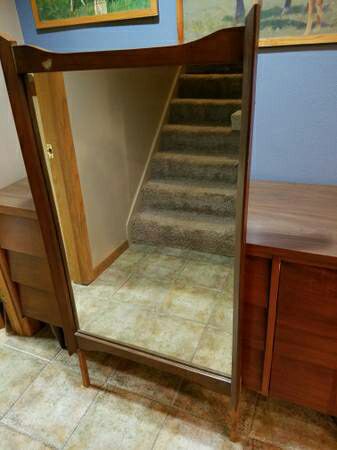 Lucky for me, that meant stacks of newspaper & junk mail covering the tops of these since 1967, leaving them in pristine condition. 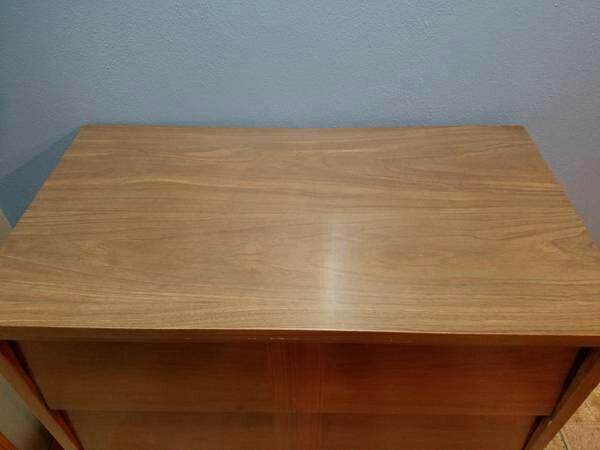 Unlucky for me, that also meant that the weight of those stacks weakened the integrity of the legs on both dressers, completely weakening the tallboy. This should be an easy fix with some new top plates & some LocTite, but I'll worry about all that next spring when they both get refinished in the dark walnut or American walnut stains I already have throughout the house. 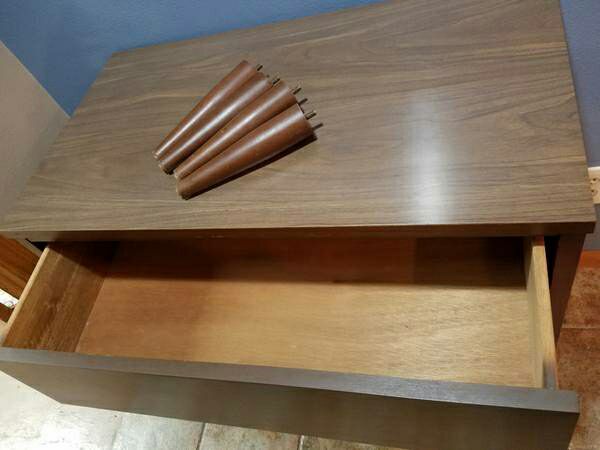 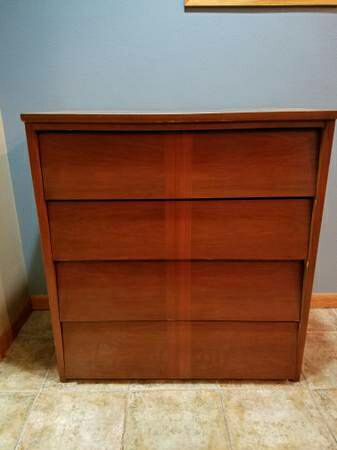 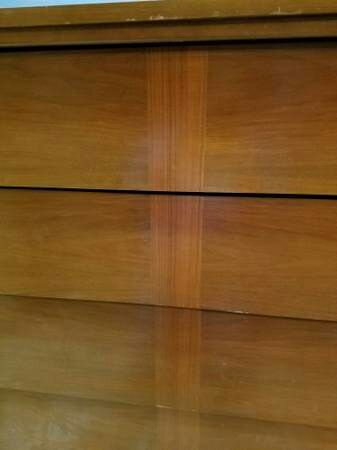 For now, the low boy will be the perfect replacement for the Thomasville, as it is much smaller, and much lighter to move around.
When we have a house of our own, this set will be the perfect guest room set-up, and eventually, kid set-up. There is a small section of veneer that will need some repair, but once everything has been refinished, you'll hardly notice. 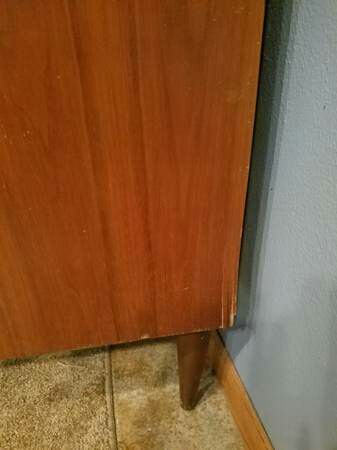 Unfortunately, I didn't save the photos of the bed frame from Craigslist before she took the post down, but I wasn't originally planning on taking it. When I arrived to check them out, she said that if I wanted to take it, I could have that for the same price, since she wasn't going to do anything with it (super nice, considering she'd already lowered the price of the set). Extra score!

And extra extra score, check out these screenshots I saved from Pinterest. I've got some mean thrifting game. 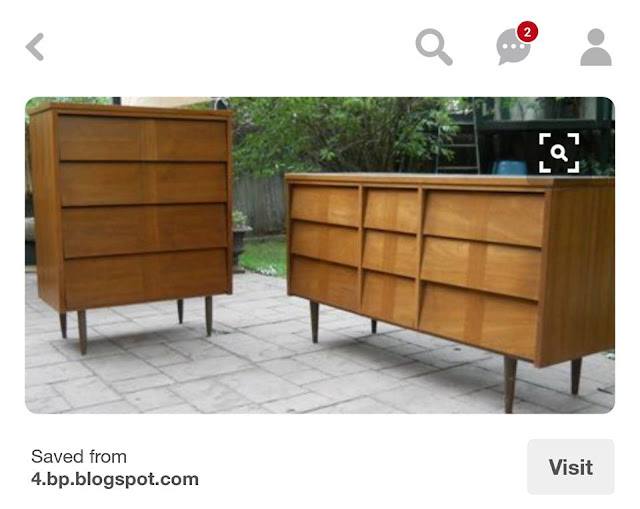 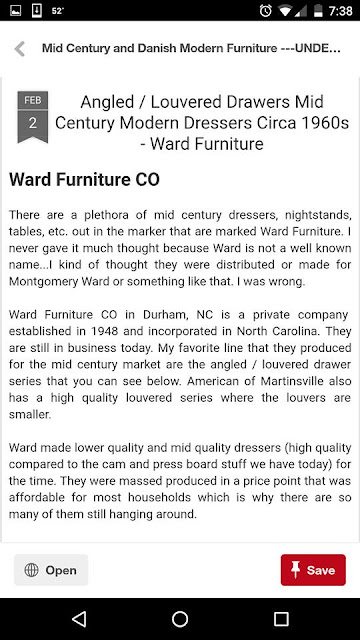 Now just because they were mass produced doesn't mean that they're worthless. In fact, these puppies are actually worth quite a pretty penny. 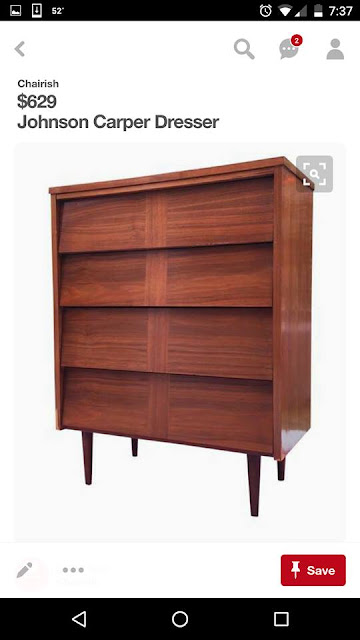 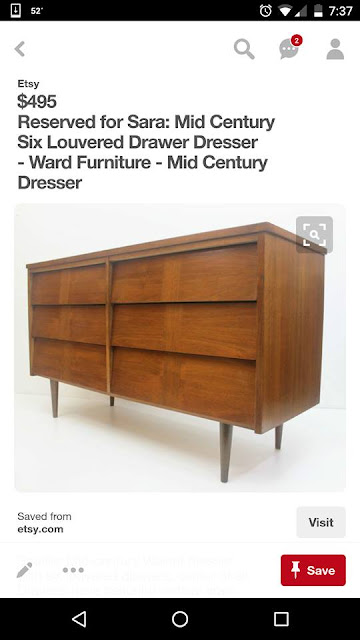 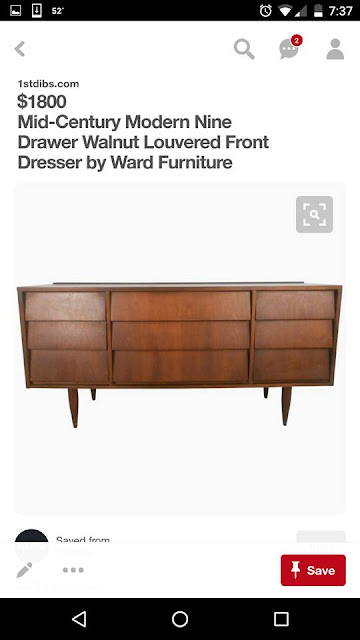 Just another step towards our house being the MCM dream I have in my head!