Hello!
Yes, I still exist (but only barely) in the blogosphere. I have been slacking HARDCORE. Aside from my normal level of slackery, we also adopted a dog from our neighbor (long story), and that's thrown a bit of a wrench into some plans I had, cleaning wise. 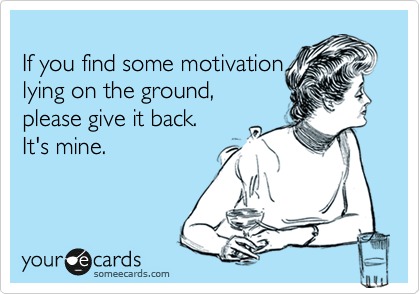 I'm really hoping that I get a slap of motivation soon to get all this crap out of this house. The yard sale helped, but I need to fully commit to getting rid of things. At this point, I really just want most of it gone. I want to start over entirely with the basement (aside from my rug & rattan furniture), make our bedroom way more open & bright & clean (basically just the essentials), and essentially just give stuff away.


I'm already making a list of things to give away to a couple of friends that are moving. And if they don't want it? Still- get it out. Make it leave. I need room to breathe and to work and to live.


So. Things I'm getting rid of/moving no matter what (and plenty more I can't think of right this second): 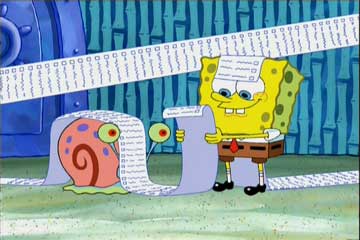 I'm sure I also have a ton of paper trash floating around (old bills & mail and scratch paper and who know what else). And as much as I'd like to just wham-bam-thank-ya-maam get this all done right now, I can't.
This kind of purge takes time, so for right now, I'm just going to make a list of how I want to go through everything and clean. That way I have a game plan, and it'll look a lot less overwhelming if I break it all down into sections/steps.


With fall/winter approaching, I know I'm going to lose my mind if the house isn't done before I have to be all shut up in it over the colder months, so I'm really trying to dig deep for the motivation. Right now, I'm just planning stuff to get done on the weekends, and just small things that I could mostly get done on Friday night so they don't seem so overwhelming.


This weekend I want to focus on the laundry & the Ikea units, and dream about how clean my house will eventually be ;)


I'll catch you on the flip side!