Out of all the rooms in our house, I think our bedroom has gone under the most changes.


First there was coastal, with a navy blue linen headboard, blue coral watercolor prints on the wall, and our blue & white coral print coverlet. The room was complete with nautical décor from Kohl's, and just over-all was a barf-fest, looking back. I don't even have pictures at my disposal, it was so bad.


Then in pursuit of something new but cheap, I went farmhouse-trash. I went to thrift stores, bought the cheapest thing I could throw some paint on, and called it a day. That worked for a whole 3 months before I was over it.


Not to mention, I moved us at some point from the larger bedroom to the smaller one (which I would do over and over again, because it's so much better). Drawing clearly is not perfectly to scale, but you get the idea here of what I'm working with (window on left wall, door opening bottom right corner): 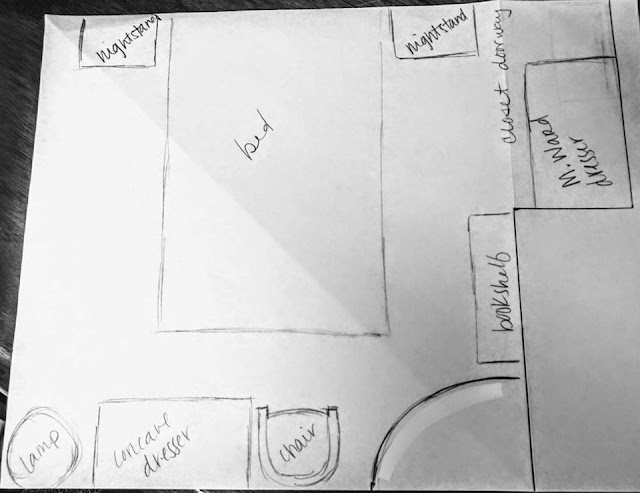 Luckily, the whole time I was hating the house, I was building an inventory to make me love it. I was scooping up mid century pieces here and there (when I had the chance & the cash), discovering what vintage décor styles/pieces I really enjoyed, and collecting natural elements I knew would stand the test of time when it came to my style preferences (think skulls, geodes, and wooden animals). 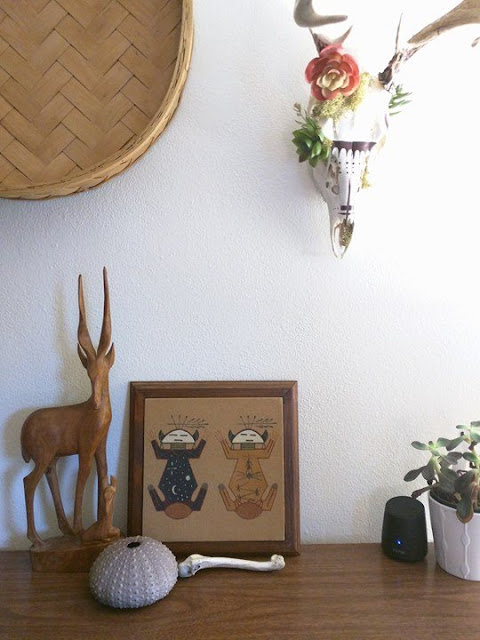 Now, our bedroom is far from done, but it's a whole heck of a lot closer than it was when we first moved in.
﻿
Our main furniture items are mid century wooden pieces, the décor is natural & warm feeling (baskets, skulls, textiles, simple colors), and the layout is almost perfect. There are just a few things I'd like to change: 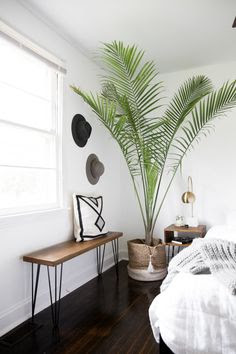 So I guess this is kind of what I'm hoping to have at the end of all of this. I'll paint the room in the spring to help make it feel fresh with the new season, and hopefully build my live edge bench here soon for under the window (I really just need the legs at this point, but that's around $50-80 I don't really have to spend at this point). 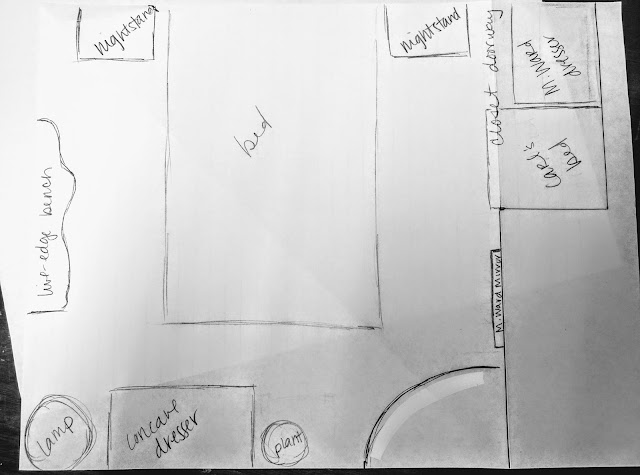