I saw this mid century desk listed on Facebook Marketplace for $25 & loved its simple shape & lines. I knew people would jump fast, and I had a few days before payday, so I offered $40 if they were willing to hold it for me until the weekend. The guy accepted my offer, and I picked her up, sight unseen, that Saturday. After some research I found out it was a 1968 Bassett Gala desk, and that, while it looked rough now, it was worth saving. 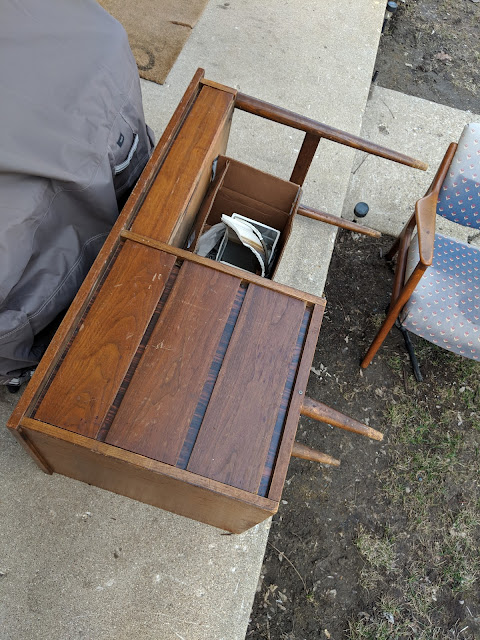 This thing had issues. Not just "a few dents & scratches" issues, but structural issues compounded by the previous owner's attempts to keep it standing (but ruining the integrity of the design). The front left leg was wobbly, and they had attempted to secure it using an insane amount of wood glue & a 3" construction screw; problem was that even though that made it less wobbly, it was now crooked & you could see the screw head in the front, defeating the seamless look of the desk...and it was still wobbly 😆 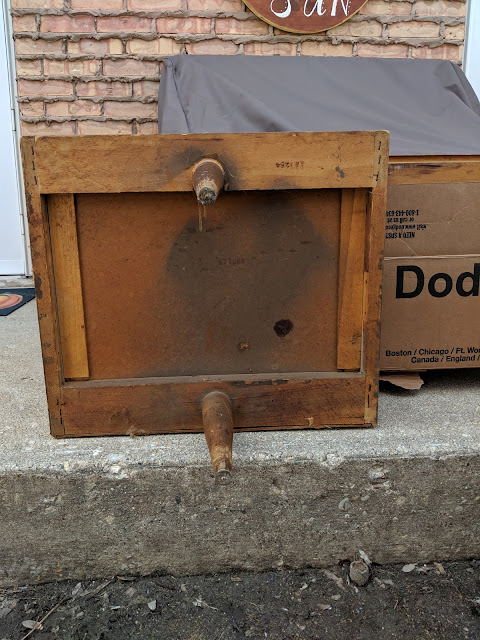 They also had two nails in the top of the front right leg, and two screws in the back right leg leading into the side support bar. Basically, there was a lot of hardware you could see that was never supposed to be there. Luckily, the laminate top was pretty alright, except for the back left corner, but I wasn't too worried about that. 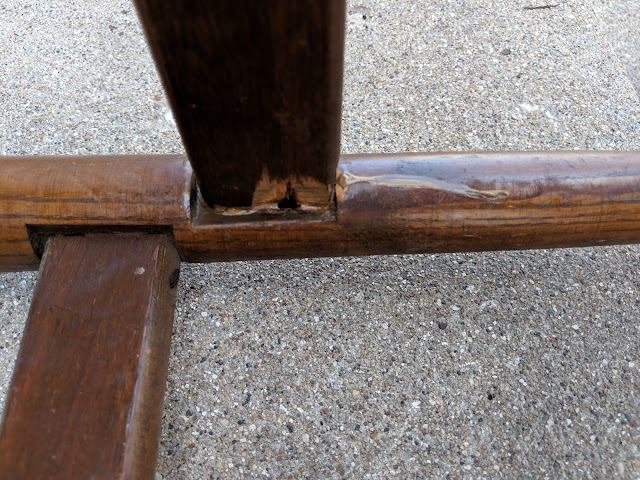 Things I had to do to get the desk in working order:
In between all of that mess, I also:
To finish the desk, I picked up a can of the Watco Danish Oil in Dark Walnut, and oiled the naked wood with three layers, according to the directions on the can. I also used some polycrylic over the top layer, just as an added layer of protection. This may seem redundant, as the oil sinks into the wood and seals it at the same time, but seeing how our Lane Acclaim coffee table has held up vs other pieces I've sealed, I chose to seal it and protect the finish for a longer period of time.
It's still far from perfect, but it's a lot better off than it was! I've got to figure out how to even out the color between the frame and the drawers at some point, but I don't totally hate the contrast. 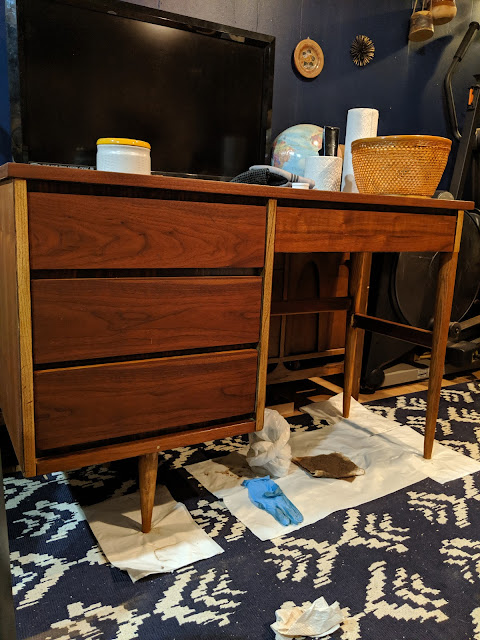 Now I have the perfect spot to store all of my refinishing tools that otherwise have always just kind of "floated around." This little desk will hide in the basement alongside all of my paints, stains, and sealants while it hides away my spare sanding disks, stirring sticks, can openers, gloves, masks, extension cords....you get the idea.